For the past several years, Virginia and I have made a point of taking winter vacations in warm-weather places — Mexico, Argentina, and Chile among our destinations. This year, we decided to finally venture into the Caribbean and visit the “one happy island” that is Aruba.

Normally, my travel posts are long, multi-part details of where we went and what we did (and sometimes what we ate). However, this trip consisted primarily of “hang out in the amazing weather and read,” which can get monotonous in a blog series. 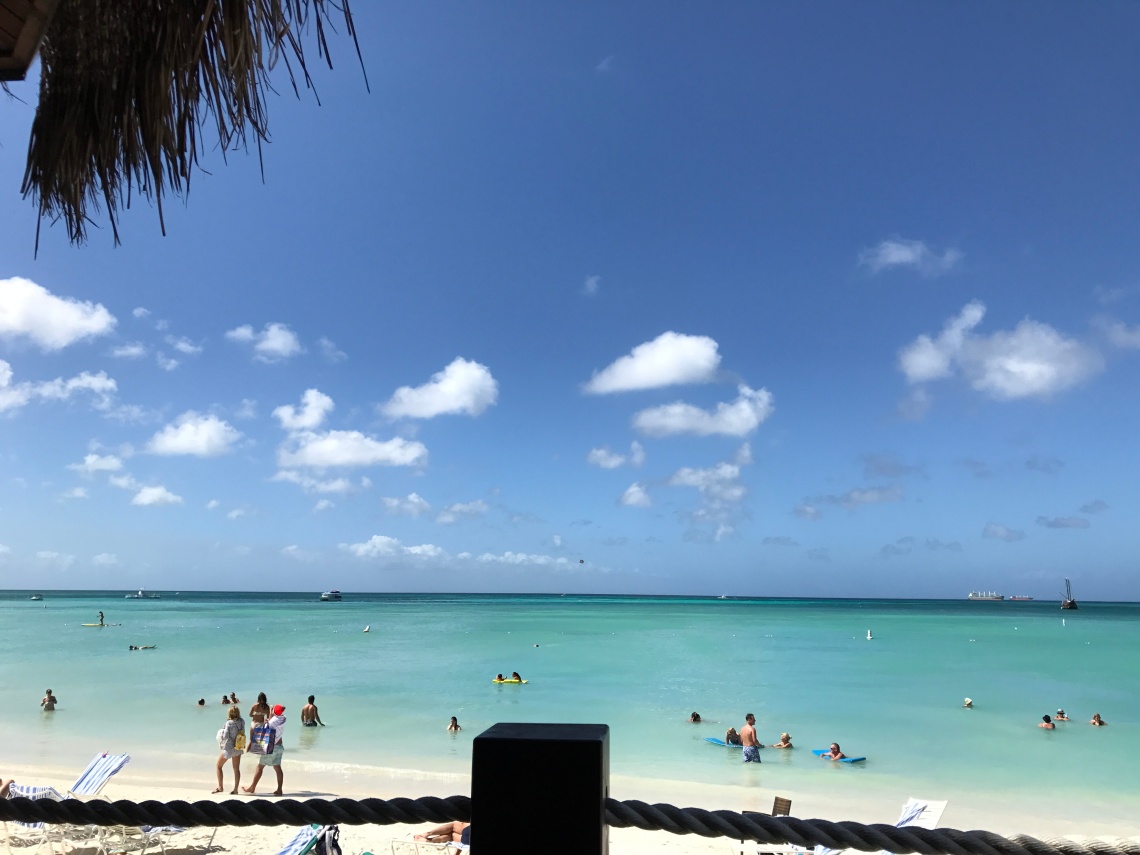 While that’s much of what we did, highlights abound from the trip.

Overall, it’s an infectiously pleasant place to be. Even when I wasn’t feeling well (I took a cold with me), I couldn’t help but be content.

Virginia arranged a full-day tour of the island for us early in the trip. We were picked up early and set off for a clockwise circumnavigation of the island. We went up past Malmok Beach to the California Lighthouse at the northwest tip of the island.

From there, we went off-road along the eastern coast. (It’s worth noting that this coast is rocky and mostly unsettled, with few paved roads. While the waves look enticing, the rocks below the surface will pulverize any would-be surfers.) As we drove, we were ambushed by an intense rainstorm. The jeep was open, so we were drenched. Thankfully we were wearing swimming suits and dried off quickly without needing towels.

On the eastern side, we visited the Alto Vista Chapel, the Bushiribana gold mine ruins, and the remains of the Natural Bridge before breaking for lunch. After lunch, we drove into Arikok National Park (which encompasses 20% of the island) to look at the Natural Pool (which was unfortunately not calm enough to swim in) and visit the Fontein Cave. We then went back around to the western side, stopping at Baby Beach at the southern tip, and then headed back.

Possibly our favorite afternoon was when we went on a sunset cruise up the coast from Palm Beach on the Black Pearl. Albert and Joanne offer the perfect experience on this catamaran. First, it has only twenty spots, so it’s relaxed and not crowded. Second, those spots are lounges, so you’re kicking back the entire time. Third, their house special rum punch is delicious (and dangerously unlimited)! Fourth, and most importantly, GRILLED CHEESE SANDWICHES! Who even thinks about that on a beach cruise? They do, and it completely sold me on doing it.

We headed north from Palm Beach to Malmok Beach, stopping twice to hang out and snorkel. They even had prescription masks for we nearsighted folks, which meant we could actually see what was going on. It took a bit to get used to the snorkel, but once I did it was amazing to see everything under the surface. Matt, the first mate, found and brought up an octopus for everyone to see before returning it back to the ocean floor. In between, we sipped at rum punch and watched the coast go by.

On the way back, Joanne brought up two rounds of sandwiches. The first was a cold cheese and tomato sandwich on multigrain bread. While tasty, it wasn’t what was promised — I looked at Virginia and said, “you lied to me!” I had to eat my words minutes later as the GRILLED CHEESE SANDWICHES came out. Joanne made so much that we ate our fill and then some, not really bothering with dinner that night.

Food is expensive in Aruba, because basically nothing grows there but aloe and cactus. We had to close our eyes at the grocery store and just get what we wanted. However, coming from Chicago, the prices at restaurants seemed fairly reasonable.

When we ate out for dinner, we ate extremely well. In particular, we enjoyed:

We also found Coffee House, the shop for Smit & Dorlas coffee, in Oranjestad and went one morning. We had excellent cappuccinos and pan au jamons (pastries filled with ham, raisins, and olives).

Ringing in the new year

We stayed at one place on Eagle Beach for the entire trip, except the night of New Year’s Eve when we stayed in Palm Beach. That worked out very well, because the high-rise hotels all had beach parties that night. We decided on the party at the Ritz-Carlton resort, which had live music and drinks until midnight, when the fireworks began. Not only did we have fireworks right in front of us, but we could also see them all down the coast. The main fireworks lasted about half an hour, and then we could watch additional fireworks as we walked back to our hotel to crash. 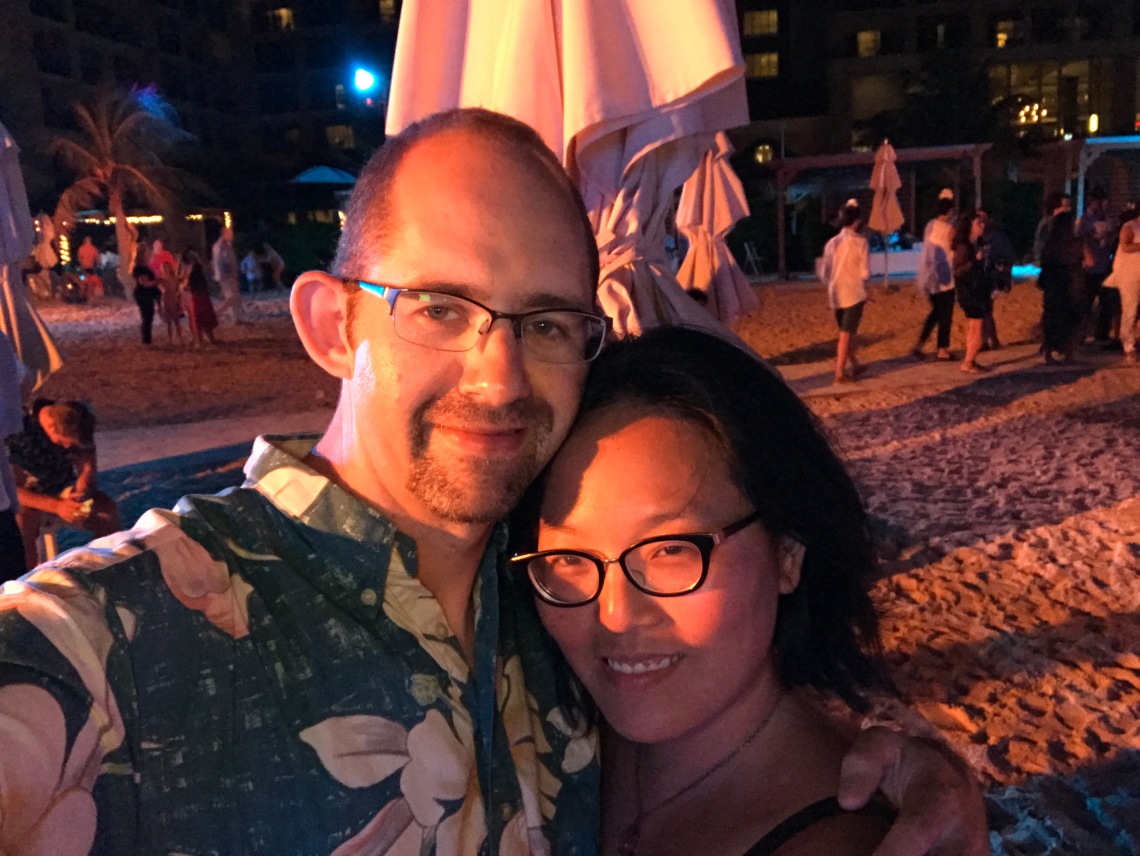